Gosloto 7/49 is one of Russia's biggest draw games, with five chances to win every single day. To win a prize, you must match at least two numbers, and if you miss out there's only a few hours to wait until your next chance to win.

Find out more about Russia's popular Gosloto 7x49 game, including predictions for the next draw and how the game is played.

The predictions for the next Russia Gosloto 7/49 draw are shown below.

The system for calculating these predictions starts with the numbers from the last draw. From there, the analysis goes back to any previous draw which shared some of those numbers. The draws that immediately followed those with any shared numbers are examined, and the frequency of every number that appeared is counted. The predictions combine the most common numbers - the hottest - and the least common.

The predictions shown are in no way guaranteed to win a prize in any lottery draw. The numbers shown have been provided as a result of statistical analysis of previous winning draws.

After each Gosloto 7/49 draw takes place, the winning numbers are collated and analysed, allowing the following Hot and Cold numbers to be generated.

The Hot Numbers are those that are drawn most often in the Gosloto 7/49 draw:

The numbers that are most overdue to be drawn are known as Cold Numbers, and are as follows: 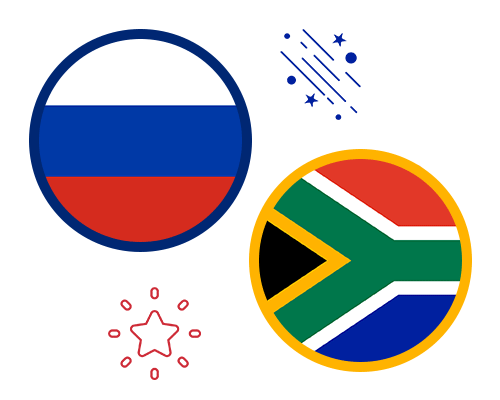 In Russia, you can play the 7x49 Gosloto game online, via SMS or by purchasing a ticket from authorised Stoloto retailers across the country. There are five draws each day, taking place at 10:30, 13:30, 15:30, 19:00 and 22:30 Moscow Standard Time (MST) and the cut-off time for entries is 20 minutes before each draw.

Take a look at the guide on how to play:

Gosloto 7/49 Prizes: Here's What You Can Win

There are six fixed prizes in Gosloto 7/49, which can be won by matching the numbers you have selected against the winning numbers drawn.

To win the jackpot, you must match all seven numbers to win the jackpot, which is always worth at least 50 million rubles (approx. R10 million). The table below shows all the prize amounts you can win in Russia and the odds of winning in each division.

There are a number of other Gosloto games available in Russia, giving players even more opportunities to try and win great prizes. Here's a rundown of some of the options and how they work.

Select four numbers from 1 to 20 on two separate boards. Draws take place four times a day and there’s a jackpot of 50 million rubles.

Choose six numbers from 1 to 36. There’s one draw a week – on a Sunday. The jackpot starts at 3 million rubles and grows when it is not won.

Draws are held twice a day. You need to match six numbers from 1 to 46 to win the jackpot, which starts at 10 million rubles.

Select five numbers from 1 to 36 and a ‘Plus’ number from 1 to 4. Draws take place every half an hour and the jackpot rolls over when it's not won.