The Greece Powerball lottery is a big-jackpot game which is drawn three times a week. The lottery, which is officially called Joker, gives players the chance to win prizes in eight different divisions. Learn more about how to play the famous Greek lottery which has attracted fans from South Africa and around the world.

Predictions for the next Greece Powerball draw

Here you can view Predictions for the upcoming Greece Powerball draw, based on winning numbers from previous draws and statistical analysis of those numbers by za.national-lottery.com

Note: The predicted numbers shown above are in no way guaranteed to win you a prize in the Greek Powerball game or any other lottery. Any predictions shown are simply the result of statistical analysis based on previous drawings.

View Hot and Cold Numbers for the Greek Powerball game.

How to Play Greece Powerball in South Africa 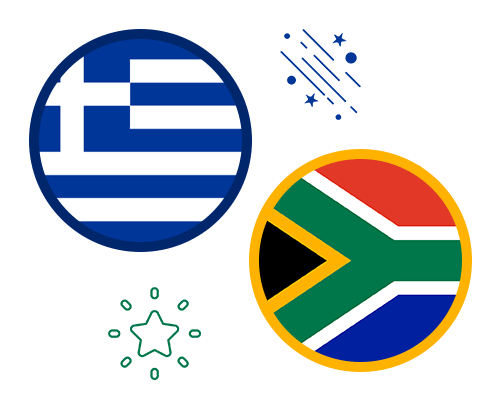 Greece Powerball draws take place every Tuesday, Thursday and Sunday. Tickets can be purchased from authorised retailers in Greece and online. Here's how to play:

Greece Powerball Prizes and Your Chances of Winning

Pick 3 is a new online game that you can enter for as little as R9.50. Match all three numbers to win up to 500x your original bet!

About the Greece Powerball

The Greek Powerball game first launched in 1997 and since then has given away more than €1 billion in prize money to jackpot winners alone. The biggest ever jackpot came on 15th April 2010, when three players split €19.3 million.

The game was then expanded in 2019, making it possible to play online in Greece for the first time.